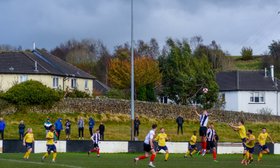 “We welcome the UK Government’s announcement today of a Sport Winter Survival Package to help spectator sports in England.

As part of the overall £300m package across sports, which is largely comprised of loans, a preliminary £25m has been allocated to the National League System. The Barclays FA Women’s Super League and The FA Women’s Championship will also receive £3m support as part of this financial package.

We await further detail of the eligibility, application process and timelines from Sport England and will advise leagues and clubs as soon as we are in receipt of this detail.

This financial support is in addition to the allocation of £10m to National League Steps 1-2 clubs which was provided via an agreement with The National Lottery.

A number of clubs from across the football pyramid have been greatly affected by the pandemic and this financial package will provide vital assistance for them during this challenging period.”